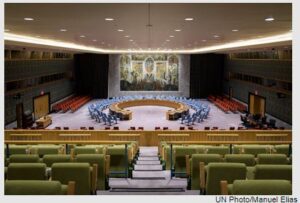 With the Security Council refusing snap-back sanctions, the U.S. must go it alone to defend its national interests.

Given a recent surge in belligerent behavior by Iran and clear evidence that it cheated on the JCPOA, the deeply flawed 2015 nuclear deal, President Trump wants to reimpose U.N. sanctions that were lifted by the prior agreement. To do this, Trump wants to trigger a “snap-back” provision in a 2015 U.N. Security Council resolution. Security Council members — led by Russia, China, and America’s European allies — are blocking this effort because they prefer to appease Iran and protect the worthless nuclear deal.

On August 25, the Security Council’s current president refused to take up the U.S. snap-back proposal. By doing so, U.N. members are choosing to look the other way on a growing list of dangerous Iranian provocations and JCPOA violations. They also are validating President Trump’s conclusion that staying in the JCPOA and trying to rein in Iran through the U.N. is not in the national security interests of the United States.

When Israel revealed thousands of pages from Iran’s “Nuclear Archive,” obtained by Israeli intelligence in 2018, it proved Iran’s massive cheating on the JCPOA and ongoing covert work on nuclear weapons. This included undeclared facilities that Iran continued to use to pursue nuclear weapons after the announcement of the JCPOA. In response to Israel’s revelation, Iran razed one of these facilities and emptied another before IAEA inspectors could visit them.