↓ Skip to Main Content
Home › intelligence › How a CIA officer should file a whistleblowing complaint against the President (NY Post, 1/3/20)

How a CIA officer should file a whistleblowing complaint against the President (NY Post, 1/3/20) 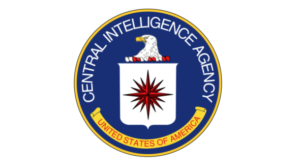 I would know — because I’m a former CIA officer who filed a whistleblower complaint against the Clinton White House and CIA management.

The charges lodged by “EC,” the rumored initials of the Ukraine complainant, fall far short of a bona fide whistleblowing complaint. EC’s behavior suggests that he has abused his office, and perhaps broken the law, by using his CIA position to damage President Trump politically.

In 1996, I sent my complaint to then-CIA Director John Deutch and asked him to forward it to the House and Senate Intelligence Committees and several other members of Congress. I sent copies to about six other senior CIA officials, including the director of security and the inspector general.